Volume 1, The 5 Books of the TORAH 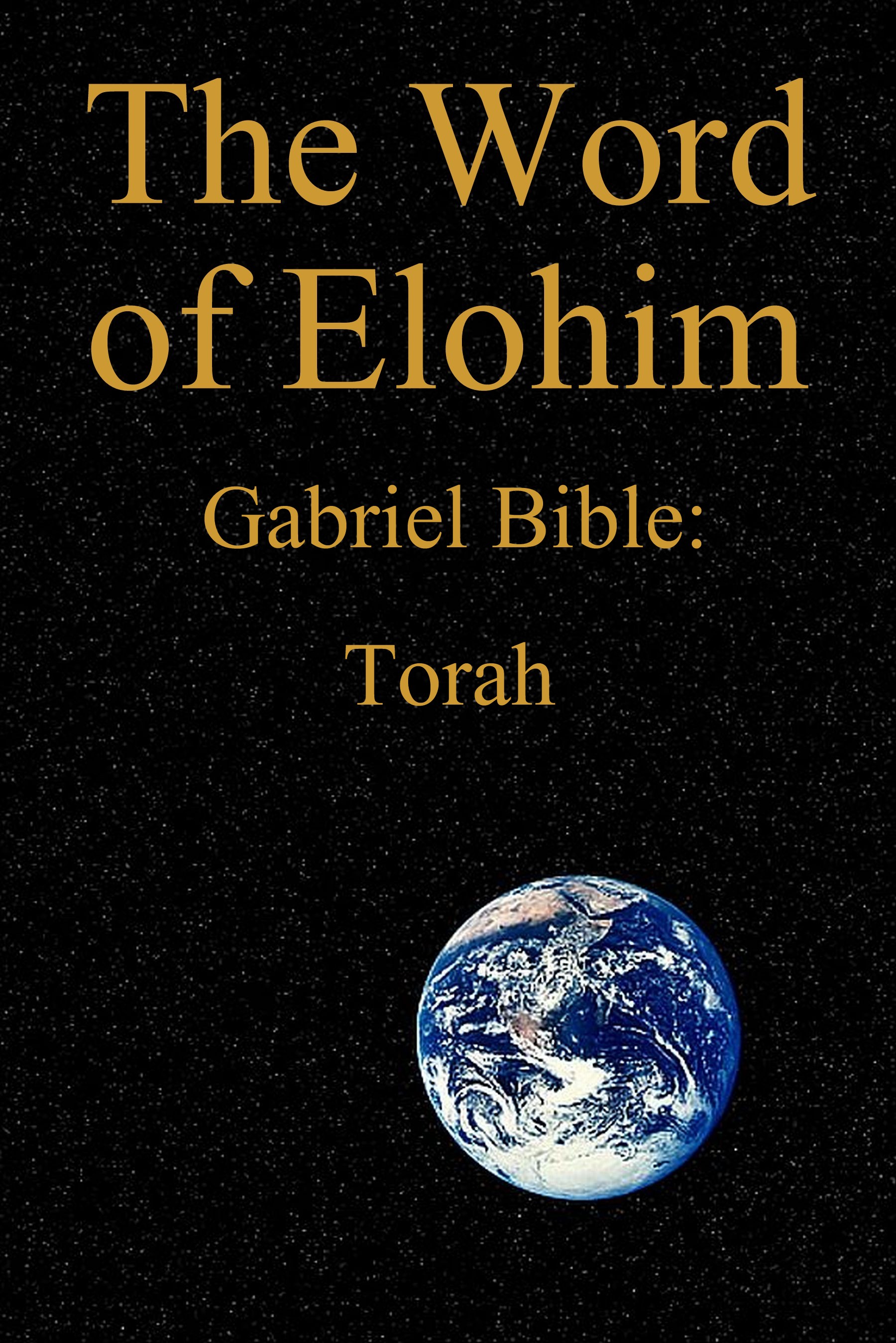 The HEBREW Tanak {Bible} is divided into 3 parts: The Torah (Law), the Prophets and the Writings. This online Hebrew Version is also divided into 3 parts because the file is too large to load and work properly. The Torah is complete, but ‘Yehoshua’ and Judges are still in draft form, and will be added to Volume 1 soon in the printed version due to the number of pages, (somewhat evening out the size of the volumes), completing the 4 volume Gabriel Bible after a brief 23 years.

The INDEX and TEXT of the Word of Elohim [God] Gabriel Version, (the so-called Old Testament) is arranged in the original (Jewish) order. “[T]he sages disagree as to whether Daniel should be included in that list or not”. The original Jewish order is unlike the Septuagint order of over 99.99% of the English Bibles in existence. The Septuagint (LXX), a Greek translation of the Hebrew Scriptures was the first to come up with the present day skewed book arrangement, with the Catholic Bibles also including the Apocrypha in the Septuagint order. What evolved into what is called the Septuagint today is really the work of Origen (almost 200 years after the time of the Messiah). The Scriptures and their order were well established long before Yeshua (Jesus) arrived, contrary to the Council of Jamnia theory!

The Word of Elohim is the real name for the “Old Testament’. Several years ago it was a revision of a prototype of the World English Bible (which was still “in draft form”), which is a revision of the American Standard Version of 1901, that was based on the Revised Version, a British revision of the KJV, itself having been revised from the original 1611 version (that does not contain the letter “J”, by the wayno Jesus, no Jehovah).

This Bible has been in the making since 2000. The Torah (Volume 1) is now complete and nearly ready for print. But Joshua and Judges will be added to Volume 1 due to the number of pages in the printed form; possibly in print from Lulu in 2022. The few verses with italicized numbers in the “Gabriel Version” are the only verses still to be finished, tho further proof readings are sure to find a few oopses (the third-person singular simple present indicative form of oops.) Many thousands of changes were word processed into verses in various stages of development. Volume 2 has been online and in print since 2019. Volume 3 is online and has been in print since late April, 2020. Volume 4: The so called “New Testament” has been online since 2007 and in print since 2011. Originally I was only going to put the “New Testament” in print once I learned that it was originally written in Aramaic and translated into Greek, and that there was no really modern version of the Aramaic in English at the time. I stopped working on the online Prophets for several years and created The Testimony of Yeshua (Gabriel Version). I had been focused on the Prophets because we are likely to experience first hand the remaining 90% of them in this decade! I believe that the “beginning of sorrows” (Matthew 24) will begin very soon, as I explain here. My website has hundreds of live links to help you understand the difficult times ahead. Who knows when Bible commentary will censored by the corporations online?

Technically Joshua (Yehoshua) and Judges are considered part of the Prophets, but I will be including them in the Torah in my print version due to the page limitations on print-on-demand (Lulu). First and Second Samuel and First and Second Kings are in the print Volume 2 because they are considered part of the Prophets. The Torah (Genesis thru Deuteronomy) will continue to look better every week, so long as I am able and there is time left. I am trying to keep my royalties (and your cost) on my six books as close to zero as legally possiblenow under $20 a year.

There are three primary objectives for creating this version:

Objective 1: The omission of the names Yehovah and Yeshua, and their replacement with dubious to pagan LORD, God and Jesus are a misuse of their names, as specified by the third Commandment, He doesnt tolerate people messing with His name! (Exodus 20:7). The Leningrad Codex, the basis for all but one or so Bibles, differs from more recent Hebrew Bibles (of the last 900 years) in that it has the vowel points included, even “accidentally’ about 50 times in the Tetragrammaton where it is actually spelled YeHoVaH! (when substituting English letters). [As of JUNE 2018: Nehemiah Gordon, a Karaite has now found 1000 old Hebrew Tanak’s and other ancient sources with YeHoVaH fully spelled out! Zero with Yahweh. Many of these old Hebrew Bibles have never even been examined! Old theories are now dead!]

Objective 2: There are perhaps thousands of live links to the wonderful NASB Exhaustive Concordance of the Bible, so that you aren’t even tempted to just trust my English rendering.

Objective 3: I wanted to create a completely modern version of the entire Bible, with easily read plain wording and accuracy, even easier to read than the modern copyrighted versions, expressing extreme clarity of thought, but free of copyright restrictions both online and in print, a version that reads as tho it was originally written in English, and doesn’t constantly remind you that it was translated from Hebrew and Aramaic. There should never be any impediments to the free usage of Scriptures and The Testimony of Yeshua, as explained by the writers of the World English Bible who for many years strived for accuracy, but with wording that is deliberately quite reminiscent of the old ASV hardly present day English. The Gabriel Version is classified as Creative Commons, with only “One Right Reserved”.

Yeshua and His followers never said anything about an ‘Old Testament’. He always referred to it as either ‘The Word of Elohim’ (Aloha in His native Aramaic, aka God), or ‘the Scriptures’.

The Complete INTRODUCTION is HERE.