What is the Hour of Trial?

(Its Not the Great Tribulation!) 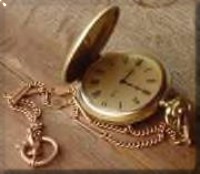 Chapter 13 Preview: As explained in The Time After Jacobs Trouble, Israel is the focal point of the Great Tribulation. The rest of the world will prosper under the supernatural power of the Beast, in part by thoroly pillaging the Israelite nations. After this, Elohim (God) will punish those people who were involved in the end time holocaust against the twelve tribes (now nations) of Israel. So what could this Hour of Trial be that affects the whole worldthat is everyone who lives on the earthat the same time?

There is only one reference to the Hour of Trial mentioned in the Bible:

Revelation 3:10 Since youve patiently obeyed My Word, Ill protect you from the Hour of Trial that is coming to the entire inhabited world, to test those who live on the earth. The Gabriel Version

The online Bible Greek Lexicon defines it as: 1) an experiment, attempt, trial, proving

THIS CHAPTER IS DOWN FOR REVISION

The next Chapter is all about the time after the Great Tribulation, that Jeremiah (30:7) refers to as the time of Jacobs Trouble.

Chapter 14 is The Time After Jacobs Trouble