The Jews are not the House of Israel!

Addendum #3 for The Time After Jacobs Trouble

Addendum Preview: One of the commonest mistakes that people make is thinking that the Jews are all there is to Israel. Actually a significant number of Levites are still recognized as Israelites and another significant number of Benjamites have retained their national identity. Members of these other two tribes are often referred to as Jews because they often practice Judaism. But Abraham had twelve sons and just because most of ten tribes became lost after the fall of the northern kingdom of Israel does not mean that Elohim (God) has lost track of them. Furthermore, a great deal of prophecy involves these tribes which seemingly vanished off of the earth.

Here is but one of many examples of prophecy about the twelve tribes:

Genesis 49:1 Jacob called for his sons, and said, “Gather around so that I can tell you what you [your descendants] will encounter in the days to come.

This prophecy from Genesis goes on to describe the fates of all of the tribes of Israel in the last days.

From Genesis to Revelationall prophecy concerns the twelve tribes: 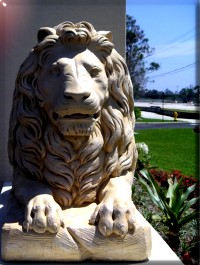 Revelation 7:1-5 After all of this I saw four messengers standing on the four corners of the earth, holding back the four winds of the earth so that no wind could blow on the land or the sea or on the trees. 2 Then I saw another messenger coming up from the direction of the rising sun. He had the seal of the living Aloha, and he called out loudly to the four messengers who were allowed to harm the land and the sea, 3 He said, Dont harm the earth or the sea or the trees until we have sealed the foreheads of the servants of Yehovah. 4 Then I heard the number of those who were sealed: 144,000, sealed from every tribe of Israel:

The following verses illustrate without any ambiguity or commentary the uniqueness of the twelve tribes within the nation of Israel.

2 Samuel 12:8I gave you your master’s house, and put your master’s wives into your arms, and I gave you the nation of Israel and Judah, and if that had been too little, I would have given you much more.

1 Kings 12:21 When Rehoboam came to Jerusalem, he gathered the entire tribe of Judah, and the tribe of Benjamin, 180,000 chosen warriors, to fight against the nation of Israel and return the kingdom to Rehoboam, Solomon’s son.

Isaiah 5:7 The vineyard of Yehovah the Commander is the nation of Israel, and the men of Judah are His pleasant plant. He looked for justice, but only saw oppression, for people doing the right things, but saw a cry of distress.

Jeremiah 3:18 I said how much I wanted to treat you like My children, and give you a desirable land, the most beautiful heritage of any nations. And Ive said, Youll call Me, my Father, and never turn away from Me.

Jeremiah 5:11 The nation of Israel and the nation of Judah have dealt very treacherously against Me, declares Yehovah (Jehovah).

Jeremiah 11:10 They have returned to the sins of their ancestors who refused to hear My words, and have pursued other elohim to serve them. The nation of Israel and the nation of Judah have broken the covenant that I made with their ancestors.

Jeremiah 11:17 For Yehovah the Commander, who planted you, has pronounced disaster for you, because of the evil that the nation of Israel and of the nation of Judah have done. Theyve provoked Me to anger by offering incense to Baal.

Jeremiah 33:14 The time is coming, says Yehovah, when I will fulfill the wonderful things that I promised to the nation of Israel and the nation of Judah.

Ezekiel 37:11 Then he told me, Human son, these bones represent the entire nation of Israel. They say, Our bones have dried up, and our hope is lost, were completely cut off.

Ezekiel 37:16 Human son, take a stick, and write on it, Praise Judah and his Israelite companions. Then take another stick, (the stick representing Ephraim) and write on it, Joseph increases, as well as the entire nation of Israel, his companions.

Hosea 11:12 Ephraim surrounds Me with lies, the nation of Israel with deceit. But Judah is still wandering away from Elohim [Gills], and stands against the Kadosh Ones. [Yes, it’s plural!]

Zechariah 8:13 Just as you were a curse among the nations, house of Judah and house of Israel, once I save you, youll be a blessing. Dont be afraid. May your hands be strengthened.