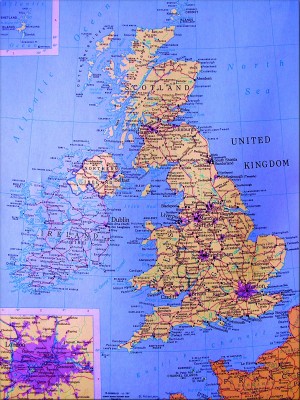 Topic Preview: Is the Whole House of Israel wholly the Jews? If you think so, then you are overlooking the very key of Bible prophecy! In Genesis 17, Elohim (God) promised that Abraham would be a father of many nations, promising an everlasting possession by an everlasting covenant. Abraham himself prophesied concerning all twelve of his sons what you will encounter in the last days. The chronicle even extends to New Jerusalem, where the very gates mention the twelve tribes of the descendants of Israel. This astonishing compilation of books explains Elohims view of this enigmatic topic in a way certain to change your world view forever. Find America, Britain and the rest of the Lost Ten Tribes in the pages of your own Bible!

Jeremiah 31:10 Hear the Words of Yehovah, you nations, and declare it in the islands afar off; and say, The One who scattered Israel will regather him, and protect him, like shepherd does his flock.

1. On the Asiatic Origin of the Anglo-Saxons.Sharon Turner, London, 1827.

6. Our Israelitish Origin.John Wilson, 1840. Excerpts from the book that really started Anglo-Israelism

7. America and Britain in Prophecy.Raymond F. McNair, 1996. The modern identity of the Lost 10 tribes.

8. Judahs Sceptre and Josephs BirthrightJ. H. Allen, 1902. An easy reading account of the fate of the Lost Ten Tribes.

9. British Israel World Federation and Covenant Publishing has a comprehensive list of books on British-Israelism at www.britishisrael.co.uk

Jeremiah 31:1...36 At that time, declares Yehovah, Ill be the Elohim of all the clans of Israel, and theyll be My people. 2 This is what Yehovah says, The people who survived the sword were blessed in the wilderness, when I proceeded to give Israel rest. 3 Yehovah appeared to us long ago and said, Ive loved you with an everlasting love, so with loving kindness I have drawn you out. 4 Ill rebuild you, and youll be rebuilt, O virgin Israel, once again youll wear timbrels as you dance with others who are jubilant. 5 Youll replant vineyards on the mountains of Samaria, those who plant them will enjoy the fruit. 6 There will be a day when the watchmen on the hills of Ephraim will cry, Get up, lets go up to Zion to Yehovah our Elohim. 7 This is what Yehovah says, Sing joyfully for Jacob, and shout among the major nations, shout praises and say, Yehovah, save Your people, the survivors of Israel. 8 Look, Ill bring them from the North Country, and gather them from the farthest parts of the earth, and with them the blind and the lame, pregnant women and those in labor together, a great 06951>multitude of returning exiles will return here. 9 Theyll be crying as they come, and with petitions will I lead them, Ill have them walk by river valleys, on a level path so they wont stumble, because Ill be a Father to Israel, and Ephraim is My firstborn son. 10 Hear the Words of Yehovah, you nations, and announce it in the islands far away, and say, The One who scattered Israel will regather him, and protect him, like a shepherd does his flock. 11 Because Yehovah has ransomed Jacob, and redeemed him from the hand of the one who was stronger than he. ... 17 There is hope for your latter end, declares Yehovah, and your children will come again to their own territory. ... 23 This is what Yehovah said, leader of armies, the Elohim of Israel, Once again will they use this speech in the land of Judah and in its cities, when Ill bring again their captivity, Yehovah bless you, habitation of righteousness, kadosh mountain. ... 27 In days to come, declares Yehovah, Ill sow the house of Israel and the house of Judah with the seed of man, and with the seed of animal. 28 It will happen that, just like I watched over them to pluck up and to break down and to overthrow and to destroy and to afflict, so will I watch over them to build and to plant, declares Yehovah. ... 31 The time is coming, declares Yehovah, when Ill make a New Covenant with the house of Israel, and with the house of Judah, 32 Unlike the Covenant that I made with their ancestors during the time when I took them by the hand and led them out of the land of Egypt, since they broke My Covenant, tho I was their Husband, declares Yehovah. 33 In this Covenant that Ill make with the house of Israel after those days, declares Yehovah, Ill put My Torah in the very seat of their thoughts and emotions, and Ill write it onto their minds. Ill be their Elohim, and theyll be My people. 34 People will no longer teach their neighbors, and their brothers, by asking, Do you know Yehovah, because theyll all know Me, from the least of them to the greatest of them, declares Yehovah. Ill forgive their depravity, and Ill no longer remember their sins. 35 This is what Yehovah says, who provides the sun to light the day and decreed the moon and stars to light the night, who instantaneously quiets the raging waves of the sea, Yehovah, leader of armies is His name, 36 If these enactments ever fail in My presence, declares Yehovah, then the descendants of Israel will also cease from being a nation in My presence forever.

How Many Tribes of Israel Do the Jews Represent? A much misunderstood topic, very well explained that I mostly agree with.