Where Is Elohims (Gods) International Dateline?

Where On Earth Does The Sabbath Begin? 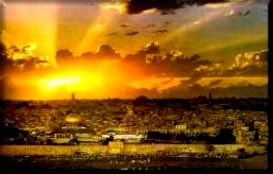 Article 48 Preview: On a round globe, every day must have a starting and an ending point. Did Elohim (God) wait until 1884 for the world to determine when and where a day begins? Most Christian Churches default to yes. The world now begins the day in the dead of night and about as far away from Jerusalem as is possible! Shouldnt that raise a red flag? This topic has real implications for Sabbath keepers over much of the earth! 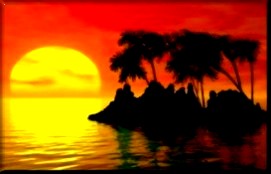 The Genesis account of creation is actually an account of the renewal of the earth for mans creation, following the destruction it suffered during Satans rage. The Scriptural portrayal of this event is viewed from the perspective of a location on the surface of the planet, rather than from some remote location elsewhere in the universe or even beyond the created universe. Every word of the Genesis account indicates that Elohim Himself had been right here on earth during those first six days. That places our small and insignificant rotating sphere, which is found orbiting an otherwise insignificant yellow star, which we call our sun, in a remarkable position. The Creator chose to position and utilize this planet as the point of origin for His Plan of reproducing the His own kind. Doesnt this leave one with the impression that Earth may just be, from the perspective of the Creator, the primary focal point amidst the vast universe around us?

Then we find, from numerous other accounts in the Scriptures, that there is a unique location on this planet, to which time after time, from the beginning of civilization, our attention is unmistakably drawn. This special area is called the land of Palestine. More specifically, it is the city of Jerusalem that lies within that vicinity and upon a mountain called Zion. In this very place each day, from its very inception, even up to this very time, days have begun with a sunset. Each day, since the first, has been delineated and divided by a sunset. The first sundown, as observed from the area we now call Jerusalem, initiated the First Day, as described in Genesis. The second sundown, as observed and from Jerusalem, ended the First Day and began the Second Day. This process continued thru the seventh sundown of the week in Jerusalem, which in turn introduced the Seventh Day of the week. That Seventh Day that began with the seventh sunset of the week in Jerusalem, is designated by Elohim to be His time in Jerusalem.

No other day of the week, but the seventh day Sabbath, is ever His time except for the annual festivals. The Sabbath day begins at Jerusalem and then proceeds west from there. It is only logical that it must begin somewhere. As that seventh sunset comes to us in the USA our Sabbath begins. As that seventh sunset continues its twenty four hour long westward journey around the earth, this very same seventh sunset continues to initiate the Sabbath as it traverses the globe on its way back to where it began, in Jerusalem. When it arrives back in Jerusalem the Seventh Day Sabbath ends in Jerusalem and the week starts over with a sunset, which begins the First Day of the week. The seven day week chronicling of time has been recognized by all of mankind for its entire recorded history, with one brief and minor exception. Yet we KNOW, from Revelation 12:9, that Satan has deceived the WHOLE world. This must, by definition, include the whole House of Israel, as well as every other nation. What greater deception could Satan foist upon unsuspecting man than to pollute and obscure the significance of Elohims true Seventh Day Sabbath? This particular deception, as with all of Satans deceptions, is accomplished by subtly co-mingling truth with error! And how has this been done? Satan inspiring man to set an arbitrary, imaginary line from the North Pole of the earth to the South Pole accomplishes it. Man calls this line the International Date Line. Governments use this line to divide the days, one from another. According to the U.S. Naval Observatory, Astronomical Applications Department, article The International Date Line, they state:

The International Date Line is the imaginary line on the Earth that separates two consecutive calendar days. That is the date in the Eastern hemisphere, to the left of the line, is always one day ahead of the date in the Western hemisphere. It has been recognized as a matter of convenience and has no force in international law. The International Date Line can be anywhere on the globe. But it is most convenient to be 180 degrees away from the defining meridian that goes through Greenwich, England. It is also fortunate that this area is covered, mainly, by empty ocean. However, there have always been zig zags in it to allow for local circumstances.

In addition, the International Date Line divides mans days at midnight, not sundown! Putting this together, we are left with some obvious questions that must be answered. Does Elohims Word authorize anyone at any time, to add to or delete from His time? Does man have the authority to establish His time and then afterward expect for Elohim to comply with him? If the answer to both of these questions is NO, then why should we perpetuate the error concerning when and where the Sabbath begins on earth?

If the International Date Line determines the beginning of the Sabbath on earth, and not Jerusalem, then by what consistent authority do we look? The above article continues:

Is the Sabbath so trivial that man can place it on the earth whereever we want, so that we can worship at our convenience, in a man made time frame? As recently as 1994, we could have had brethren in Midway Island (US) and Phoenix Island, Kiribati, both keeping the Seventh Day Sabbath together, at exactly the same time, down to the very hour of the same day. Then in 1995, the brethren of Kiribati began keeping the Sabbath twenty-four hours earlier than the brethren on Midway Island! This was a man made convenience. Furthermore, does it even matter whether there were brethren there or not? Even if there were no brethren on either island then, if one were to go there now, when would you keep the Sabbath, the old way or the new way? Better yet, if YOU were to go there now, which day would YOU keep as the Sabbath? Who decides? Man? Elohim? The church? The Jews? So far, it would seem that the answer has been man. Man continues to modify the International Date Line to please their own needs and whims.

According to Elohims Scriptures, as well as the articles, Has Time Been Lost, Which is the Calendar Christ used? and Prove Elohims Calendar Correct!, all produced under H.W. Armstrongs watch, Jerusalem is where Elohims Sabbath and His Annual Feast Days begin. If this is indeed true, then those who fear and tremble at Elohims Word must not continue in ERROR!

Elohim, from the beginning, opened and closed each day, including the Sabbath, from Jerusalem. In the Kingdom, wont Elohim ordain that the Sabbath start from Jerusalem? Must we wait for the New Heavens and the New Earth to comply with Elohim, as some suggest? Wouldnt that be tantamount to our forsaking the Sabbath until the Kingdom comes? When that time finally comes, Elohim will demand that all flesh come and worship before Him, from one new moon to another, and from Sabbath to Sabbath (Isaiah 66:22-23). Perhaps it would be in our best interest to make sure that we are keeping the Sabbath as Elohim intended from the beginning. Today is Judgment Day for Believers!

Footnote: For practical purposes, we would presume that the Sabbath would technically begin on the eastern border of the Promised Land, and progress westward marked by the exact shadow of the earth. Otherwise, there would have been people, within Israel, keeping the Sabbath on separate days, depending on which side of the city (or nation) they lived on. Of course there is no Biblical or historical record of that having occurred.

Another article on the subject comes from a Philippine perspective.